This is a testimonial for InterlogicMarch 3, 2015

This is a testimonial for Richard May.

I had decided when I joined the Wensum Chapter that if I ever had a problem with my laptops and computers, Richard would be the Mr Fix It Man when it came to IT.

It was only two weeks ago I ran into trouble when my laptop would not let me open any files until I bought some scam Anti-Virus Software online and consequently it stopped me form working.

I immediately picked up the phone and spoke to Richard who was calm and reassuring.

Within ten minutes, my laptop was in the capable hands of Richard; a further 30 minutes and he had explained and fixed the problem. He then loaded a new Anti-Virus and I was up and running.

The following day at the Wensum Chapter he stayed behind and installed a new Anti-Virus on another laptop as well.

I have never had that level of support; it is so reassuring that I can pick up the phone and Richard will fix it for me. I have referred Richard to as many clients as possible not just for now but when things go wrong in the future. I will continue to do so.

What our clients say 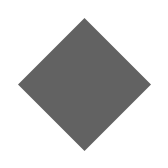 Richard visited Kayleigh by appointment to talk to me about a computer back up service he supplies. After chatti Read More
Kay Skelton
Owner

When Ryburgh Village Shop was set up in 2009, the computers and all other IT hardware installed was old cast off eq Read More
Andrew Purdy
Managing Director
© 2016 Inter-Logic IT Services | Terms and Conditions | Privacy Policy | Cookie Policy | Sitemap.xml
Web Design by Websmart